The other weekend we hosted some family in our home.  Brian loves to cook for guests and he wanted to make a breakfast dish that could feed a group yet be a cinch to cook.  Oh, and it had to be gluten free.  This should be easy…not.  But it was! Enter the Apple Dutch Baby.  This large, fluffy pancake is excellent for breakfast, brunch, lunch and dessert any time of year. And it comes together in about five blessed minutes. Just dump all of the ingredients into a blender, give it a good whirl, pour it into a heated skillet sizzling with butter, and pop it into the oven. Twenty-five minutes later? Bliss.

My husband has been gluten free for over 8 years now. In the beginning we were lucky to find one gluten free flour mix at the grocery store. Now there’s pancake mixes, flour mixes, cookies and cakes… and they’re all made with gluten-free ingredients that have been deemed safe.  But what if it didn’t have to so complicated?

What if eating gluten-free was as simple as choosing a better wheat flour?

Scientifically speaking of course, that can’t be true.  By definition, all wheat flours – all-purpose, bread, whole wheat (hard red and soft white), spelt, kamut,, etc. – contain gluten.  It’s how they were created and that’s that.

But the wheat on stores shelves today is NOT the same wheat that we once consumed long ago.

Like many other foods, wheat has been optimized for the benefit of the farmers, creating bigger yields and disease resistant crops.  However, the changes that benefit the farmers could also be to blame for the recent rise of gluten-free sensitivities, intolerance and celiac disease. (source)

This is bad news across the board, whether you have food allergies or not.

A few months ago we discovered Einkorn Wheat Flour and every time we have cooked with it my husband has NOT gotten sick. This is amazing as he gets sick from food just fried in the same oil as products containing wheat! It has been life changing for us.

What Is Einkorn Wheat?

Early on in the history of wheat, Einkorn grew wild in the Far East.  Soon thereafter, the first farmers began to plant and harvest Einkorn, making it one of the earliest crops.  As an unmodified, ancient grain, Einkorn contains 14 chromosomes.

A little while later, Emmer spontaneously appeared.  Emmer is the first hybridization of wheat, being part wild wheat and part goat grass, and contains 28 chromosomes.

Over time, farmers bred Spelt and Emmer to create today’s Durum Wheat, Spelt and Soft Wheat.  These too have 42 chromosomes and along with Hard Red Spring, are the most common varieties of wheat used in the market today.

So Einkorn grain is the oldest form of cultivated wheat. But most of the wheat that is used today is a hybrid.  Hybridization can happen naturally when plants are near each other and the wind blows and cross pollinates. But that is not what we are talking about with the modern hybrid wheat. Modern wheat was engineered to have shorter stalks to create less waste and fuller heads of grain to produce more product. The problem with this hybrid wheat is that it has been engineered to contain 3 genomes and 42 chromosomes while the old Einkorn wheat only has 14 chromosomes! Those extra chromosomes create new proteins that man was never intended to consume. They are foreign to the body and can cause confusion in the digestive system.

The Effect of Einkorn Gluten Versus Modern Wheat Gluten

All wheat contains gluten, and gluten consists of two proteins:

Most individuals with gluten issues react negatively to the gliadin.

Einkorn has a higher ratio of gliadin to glutenin, so naturally we would think that it would be far worse for individuals with gluten sensitivities than modern wheat.  However, because Einkorn is not hybridized, the original DNA structure remains intact and actually helps the body to digest these gluten proteins properly.

From the way the starches in Einkorn are structured together, to the naturally high level of protein, to the ratio of soluble to insoluble proteins found in Einkorn wheat – it all remains unchanged as it was many years ago, equipping the body with the tools needed in order to break down and properly digest the grain.

So what does all this mean for you and me?

It means that people who are gluten sensitive or gluten intolerant are often able to consume Einkorn.

This does NOT mean that people with celiac disease are able to consume wheat.  That is an entirely different issue.

So while einkorn flour isn’t gluten-free, it has been found to lack some of the proteins that people with gluten intolerances can’t manage to digest. So if you have a gluten sensitivity — but one not as severe as celiac disease — einkorn flour may prove a good alternative to modern flours for you.

Where to Find Einkorn 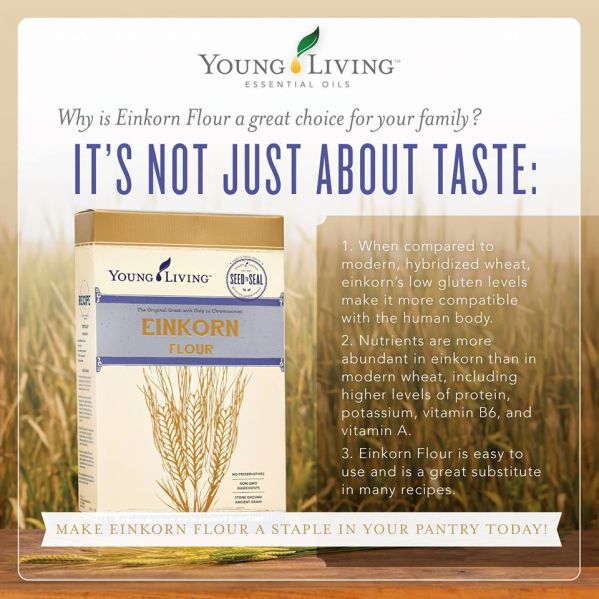 Einkorn Wheat was lost in the hubub of modern wheat for a long time, so despite being a very old grain, it’s relatively new to the current market of wheat.  A few health brands carry it currently.  Young Living is one of them.

If you are interested in ordering please click here to do so.  Finding this flour has been HUGE for us and I am excited to see what other products Young Living will come out with using Einkorn Flour! 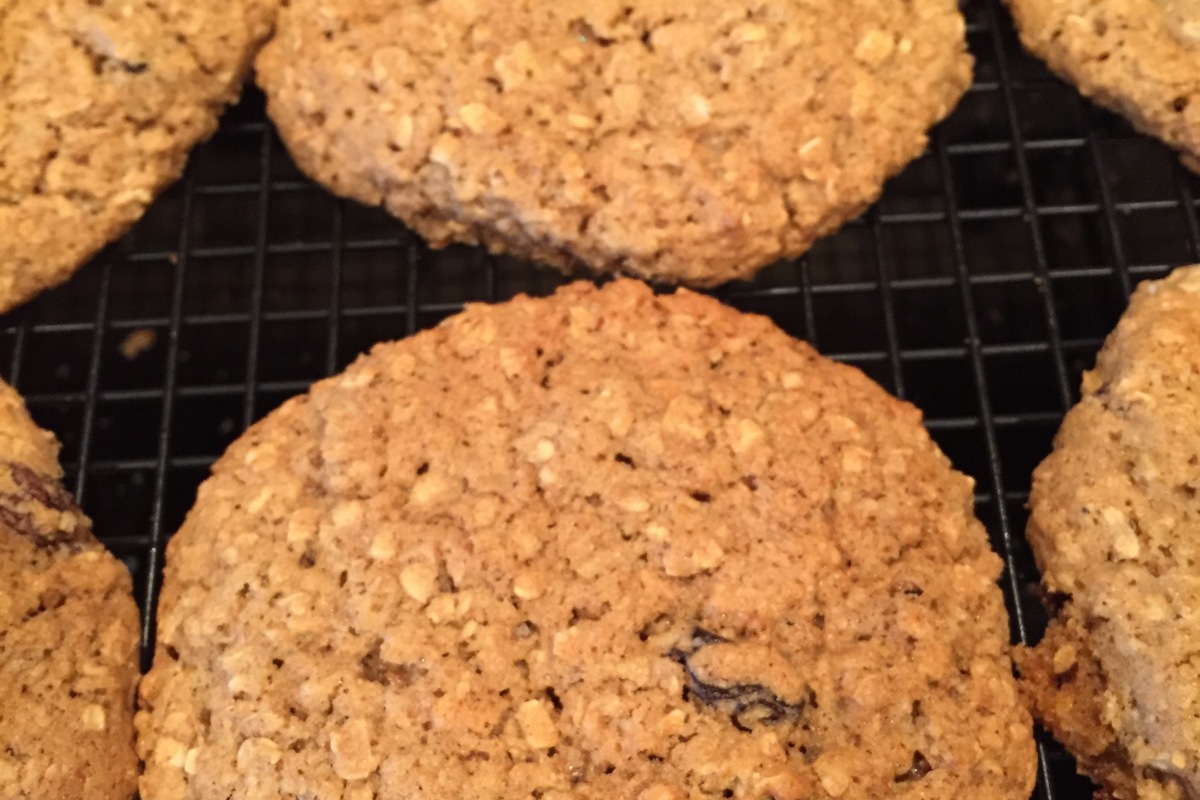 I have always enjoyed oatmeal cookies, but often thought that they were missing that little extra something. For this recipe I added in ground ginger and ground clove.  Everyone who has tried them loves the dimension the extra spices give the cookies.

Einkorn Flour has more protein and lower gluten levels than traditional wheat flour. Click here to learn more on why Einkorn Flour is a great ancient grain to add to your diet. 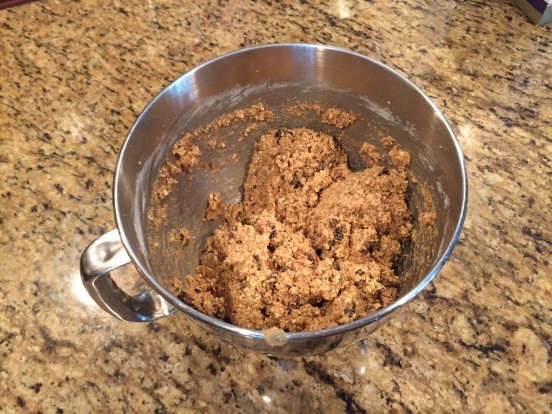 Drop onto ungreased cookie sheet. Press flat.  I am using a little less butter in this recipe and the cookies may not spread out as much as some cookie recipes. 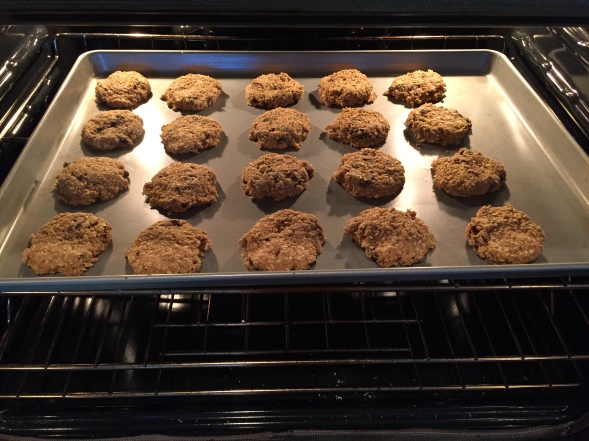 Bake 9-13 minutes or until light golden brown. Transfer to a wire rack to cool.

Bryce had Taekwondo belt testing today! He is now a blue belt! So proud of him. He is officially over halfway to black belt! #taekwondo #wkimtaekwondo #belttestingday👊
We headed back today to the museum of science and industry to take the submarine tour. SO cool to see and definitely worth the trip back. Take a look at the food list! They said this submarine had 2 toilets. On each voyage they only started out with one as the other was used for food storage 😱 59 men at a time on this thing for up to 90 days straight. No bathing water! Crazy. #musuemofscienceandindustry #u505submarine #onlyfourleftintheworld #historybuff
Went to the museum of science and industry today in Chicago. Bryce loved seeing the submarine. We definitely have a history buff in him! #likefatherlikeson #museumofscienceandindustry #chicago
Who plays it best? 😅🎄This game was beat saber. What other games should we download? #metaquest2 #vrgaming #christmastime
Merry Christmas everyone! Bryce is excited about entering the world of VR gaming. I don’t know who is having more fun playing with it this morning. Bryce or Brian. 😂 #christmas #holiday #familytime #morningvibes
Merry Christmas everyone! 🎄#christmaseve #coldoutside❄️ #holidays